The Honorable Thelton E. Henderson Talks About a Coach Who Changed His Life 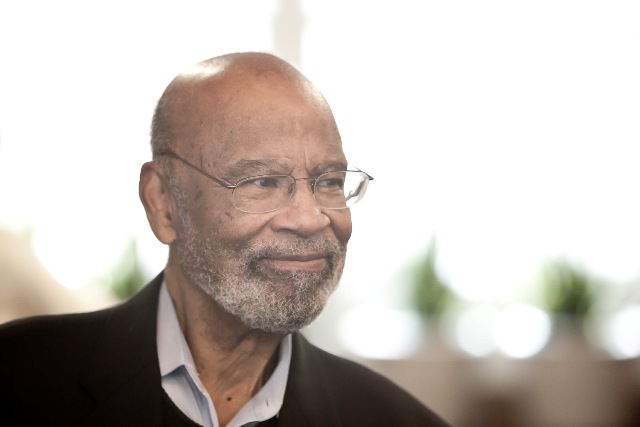 Judge Henderson is a recognized leader in the civil rights movement and has an esteemed reputation as a lawyer, educator, jurist, and as a U.S. District Court Judge appointed by Jimmy Carter in 1980. He was the Justice Department’s first African-American lawyer in the Civil Right Division and a dean at Stanford Law School, where he established the minority recruiting program and helped diversify the student body and assisted in creating Stanford’s clinical program. Judge Henderson also played football at Cal, his alma mater and attributes his personal success to the tremendous impact that one of his childhood coaches had on his life.

Until an injury ended my collegiate football career, sports were always a huge part of my life. As a child, I played with my friends in the neighborhood parks and streets every day after school until my mother got home from work. Although my mother and I lived in what many would consider a rough part of South Central Los Angeles, sports helped to make my life more idyllic than anyone would expect.

All that changed when I was fifteen years old, when we moved to an even rougher part of town. Many of the people I met there had been in and out of juvenile hall. And, at Ross Snyder Park, near our new home, a “joint” could be readily purchased for twenty‑five cents from a fellow named Luther.

Luckily for me, the pick-up games from my junior high days evolved into more organized sports. I joined the American Legion baseball team and spent all of my afternoons practicing and playing baseball until it was time to go home for dinner. Doing so helped me avoid drugs, gangs, and other pitfalls that derailed so many of my friends.

I also joined the football team at Jefferson High School.  At the time, Jefferson had a championship basketball team and multiple track stars, but the football team had never done very well . . . until my junior year, that is. It was then that Mike Marienthal became our coach, and that turned everything around. A World War II veteran who took no slack from any of us, he quickly whipped us into shape and made us realize that football was a team sport, and that the reason we never did very well was that we were all trying to be the biggest star. We – present company included, I am embarrassed to admit – always wanted to be the one to make the game-winning play, which, of course, led to none of us being able to do so. Under Coach Marienthal, teamwork took the place of showboating, and by the time I was a senior, Jefferson became one of the best football teams in the region. More significantly, I learned from Coach Marienthal how important it was to look beyond myself, and to think about how I could best contribute to those around me – my team, my family, and my community.

But Coach Marienthal was not the only person who changed my life at Jefferson. One day after practice, as I was wearily heading for the locker room for a long, cool shower, I heard a voice: “Thelton, can I talk to you for a minute?” It was our school counselor, Isaac McClelland. I didn’t realize it at the time, but our ensuing conversation would change the course of my life.

Taking me completely by surprise, Mr. McClelland asked if I had ever thought about going to college. I wasn’t sure how to answer the question. My mother, who only had an eighth-grade education herself, always told me that she wanted me to “make something of myself,” which to her meant becoming either a doctor or a lawyer. At my mother’s urging, I always took school seriously, but I never gave much thought to what I would do after high school. My mother’s dreams for me were really pipe dreams at the time. We didn’t know any doctors or lawyers, and no one from my family had ever even gone to college. To me, the most successful career I imagined – aside from every high-school football player’s dream of being a professional athlete – was to get a good-paying job at the Post Office like my friend Teddy’s dad.

Most of the kids who managed to graduate from Jefferson High did not continue their education beyond that. The majority who did went to the local community college and, as our neighborhood saying went, “messed around for a couple of years before settling down and getting a job.” The only Jefferson High students I knew who made it to a four‑year college were star athletes, of which I didn’t consider myself one.

That afternoon, however, Mr. McClelland told me that he had been checking the results of the Iowa Tests of Basic Skills, a standardized test given to all students at the time.  He noted that I had done well, and he also knew that I was the captain of the football team.  He said, “I think you have a good chance of getting into Cal.”

I was stunned. I had no idea that Cal was one of the best universities in the country, but I did know that the football team had made it to the Rose Bowl two years running and was ranked number one. Kids from Jefferson High didn’t go to schools like that, and I certainly never thought I was good enough to play ball there. Had I known about Cal’s academic reputation, I would have immediately dismissed my chances.

But Mr. McClelland, as well as Coach Marienthal, encouraged and supported me so much that I ultimately did make it to Cal. I even managed to succeed both in the classroom and on the field, where I was fortunate enough to play under the great Pappy Waldorf. At the time, I still didn’t know if I would become a doctor or a lawyer, but, of course, I could never have done either had I not taken that first step by making it to college. My involvement in sports – and the unwavering support of my mother, Mr. McClelland, and Coach Marienthal – made all the difference.