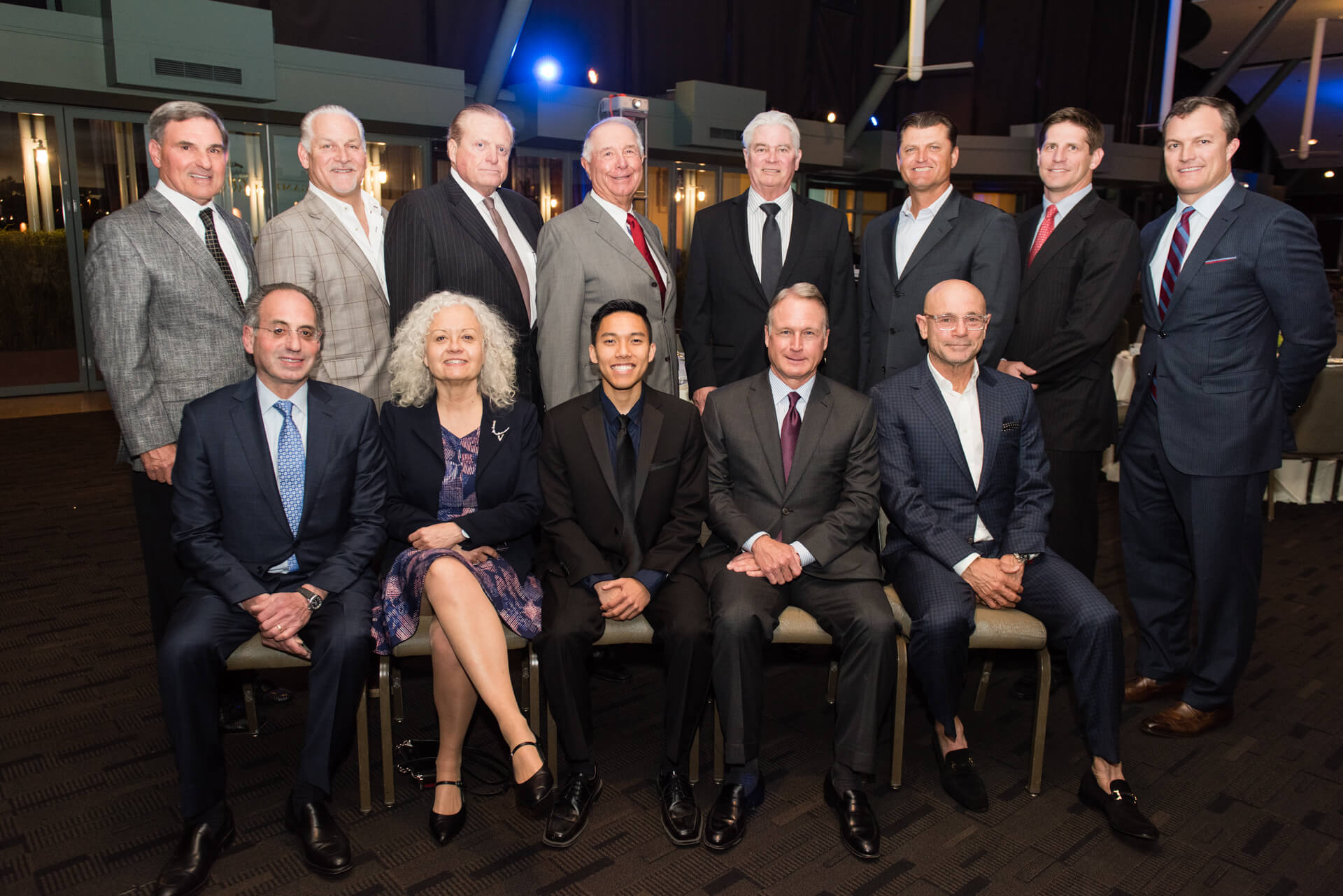 Presenters and Honorees from the 2018 San Diego Game Changer Awards

John Lynch may be a legend known for the hard hits he inflicted over the course of his 15 years in the NFL, his 9 Pro-Bowl appearances, and his Super Bowl championship, but at the San Diego Game Changer Awards he shone the spotlight on the person who helped make him that star: his dad.

Baseball’s Hall of Famer Trevor Hoffman followed suit by honoring the high school basketball coach who taught him the tools he needed to succeed in professional sports.

Attendees at the Game Changers Awards dinner heard Nine-year NFL veteran, and former San Diego State safety Brian Russell credit his college coach for teaching him how to turn adversity (like being asked to switch positions) into an asset, a skill that he says, served him both in the NFL and in the business world.

Former San Diego State running back and today, a leader in business, Casey Brown, honored his mentor Richard Balestri who took him under his wing and taught the former football player how to succeed in Business.

Coaching Corps proudly awarded the first San Diego Coach of the Year award to Rogelio De Guzman. Rogelio,an engineering student at the University of California, San Diego, and a volunteer basketball coach at the Mission Valley YMCA, where he teaches his players to be selfless and look out for each other.

We would like to thank all of our sponsors, and everyone who attended the San Diego

Game Changer Awards, we couldn’t have had such a successful event without your support. A special thanks goes to our presenters and honorees who shared their inspiring stories about the impact of coaching on their lives. We also want to thank all of the Coaching Corps coaches for helping make a difference in San Diego.

You can watch highlights of the San Diego Game Changer Awards by clicking here.