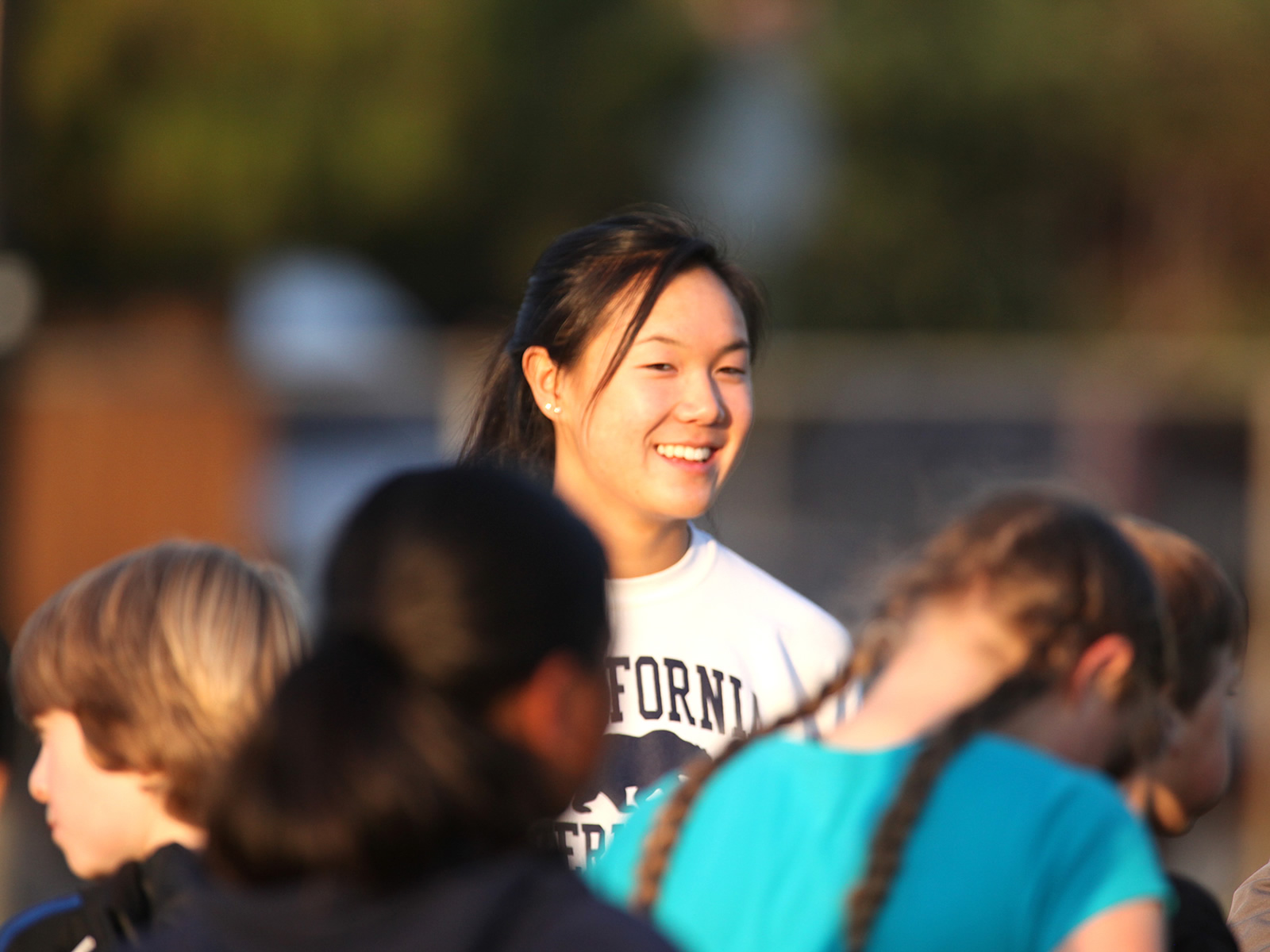 Jenny Zhang has played soccer since first grade, so she was excited when she learned about an opportunity to coach her own team through Coaching Corps. “I got so much out of sports, and wanted to give back and get other kids to play sports, too,”  Jenny says. “I wanted to be the coach who boosted kids’ confidence and made them play better.”

This season, Jenny is meeting her goal. After completing her Coaching Corps training, she was placed as an assistant coach for a co-ed soccer team at Willard Middle School. There, she runs drills, demonstrates technique and works hard to boost kids confidence when they are feeling discouraged. She says her players are not only learning soccer, but something else, too: “I see them getting closer to being more like a team.”

Coaching Corps coaches like Jenny have a big impact on Willard’s afterschool sports program, says Josh Church, the school’s athletic director. Volunteers provide valuable assistance to Willard’s head coaches, allowing the program to serve many more kids than they otherwise would. “The quality of our program would definitely be impacted without Coaching Corps,” he says.

At a recent Willard soccer practice, Jenny helped her players warm up, work on passing drills and scrimmage against each other. It’s clear her players are polishing their skills and learning about the value of teamwork: “It can’t just be one person,” says 12-year-old Winnie, a player on Jenny’s team. “Even if you didn’t make the goal, it was a team effort because you were all helping each other.”

Jenny says coaching is hard work, but worth it because she knows she is making sports more accessible for kids in her community. And the rewards are sometime more personal:  Winnie and one of her other players recently took her notebook and secretly wrote her a thank you note inside. “It had hearts all over it,” Jenny says. “It’s really nice to see that they appreciate my time here and to know that they like me.”