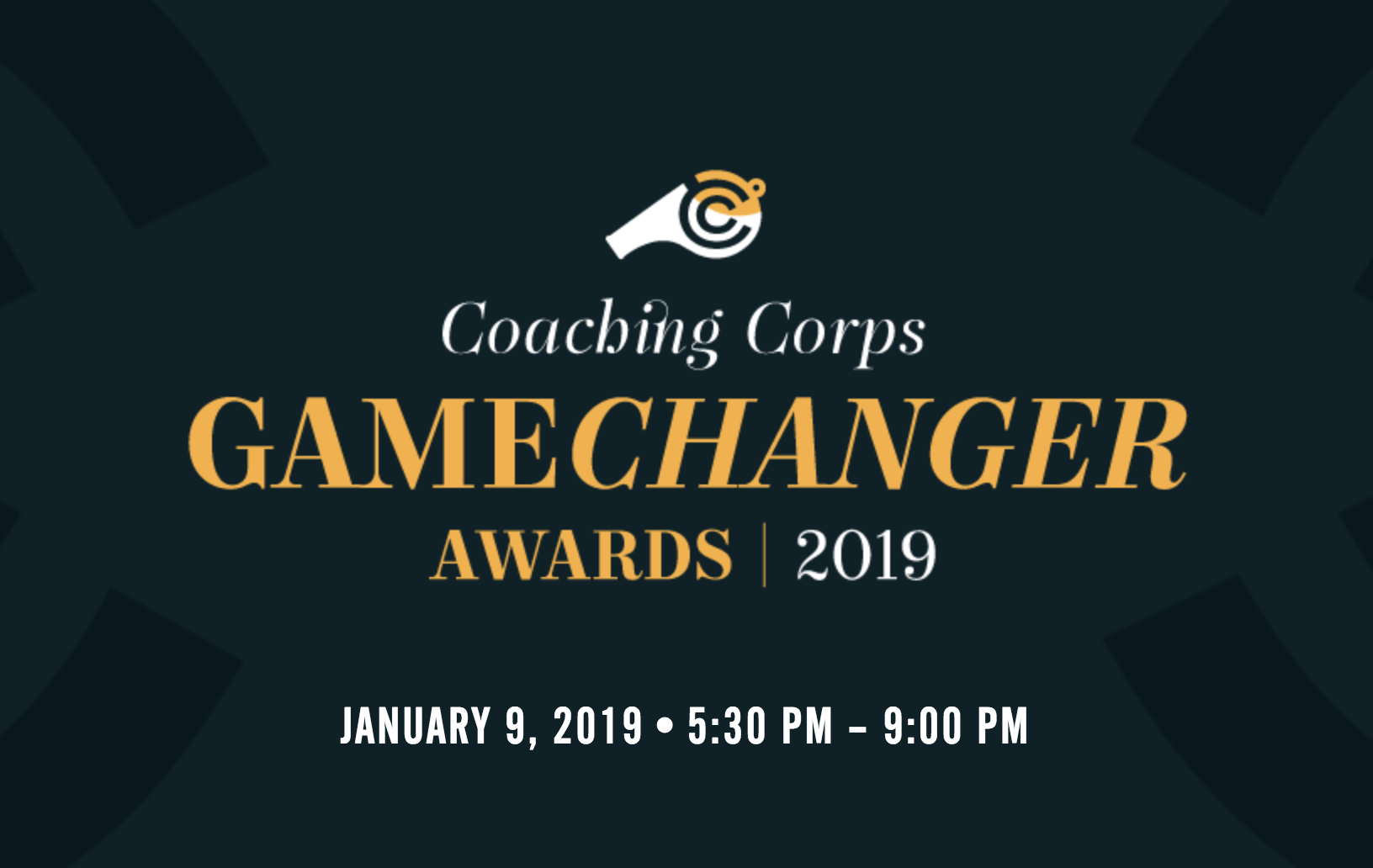 The presenters – prominent Bay Area athletes whose lives have been shaped by the mentorship and transformative influence of caring coaches – are:

For the pinnacle moment of the evening, the Coaching Corps Game Changer Awards will honor Baltimore-based Benita Vargas with the Coach of the Year Award, a distinction given to Coaching Corps volunteers who have shown exceptional dedication to the kids they coach.

The 5th Annual Coaching Corps Game Changer Awards, a two-hour program, is hosted by NBC Sports Bay Area’s Dave Feldman (@FeldyNBCS) and Ahmed Fareed (@FareedNBCS). The awards ceremony will be taped on Wednesday, January 9 at the Fairmont San Francisco. After the broadcast debut, the show will re-air on NBC Sports Bay Area January 13 at 10 p.m. PST and January 14 at 8:00 p.m. PST. Visit NBCSportsBayArea.com for additional air dates and times.

“The Annual Coaching Corps Game Changer Awards is an extraordinary evening where professional athletes share their personal stories of how their coaches influenced their lives,” said Wally Haas, founder and board chair, Coaching Corps. “At Coaching Corps, we believe all young people should have access to the lasting life lessons instilled by compassionate coaches. The generous support from our event sponsors ensures that we can reach as many children as possible.”

“Unlike their middle- and upper-income peers, playing sports is not a reality for many children living in low-income communities who are being priced out of playing sports,” said Janet Carter, president and CEO, Coaching Corps. “By raising awareness, the Game Changer Awards helps give kids access to mentors who we train to help kids build character and life skills through sports.”

“We are honored to be a part of the Coaching Corps Game Changer Awards, an extraordinary event that celebrates the influence of coaches on the lives of young people,” said Matt Murphy, senior vice president and general manager of NBC Sports Bay Area and NBC Sports California. “Playing sports under the guidance of these professionally trained coaches is not only fun for kids, it gives them the opportunity to learn skills that will serve throughout their lives. We hope this wonderful evening will inspire others to get involved with Coaching Corps, and we extend our great appreciation to the Bay Area sports teams who are participating in the Game Changer Awards.”

Since 2012, Coaching Corps has been fueling a movement of skilled coaches to give kids in underserved communities the sports mentors they want and deserve. By partnering with over 500 afterschool programs across the country, Coaching Corps has provided more than 150,000 underprivileged kids with the opportunity to play sports under the guidance of a caring, well-trained coach. Informed by the latest research on youth character development, Coaching Corps trains coaches to foster persistence, optimism, self-regulation and empathy in kids, providing coaches with the ongoing support they need to ensure girls and boys in under-resourced communities learn skills that last lifetimes. Coaching Corps will unveil the first-ever Coaching Corps Hall of Fame – a digital, community-centered campaign that gives people a way to honor and build support for special coaches who have made a difference – on Monday, January 14, 2019. Learn more about Coaching Corps at www.coachingcorps.org.