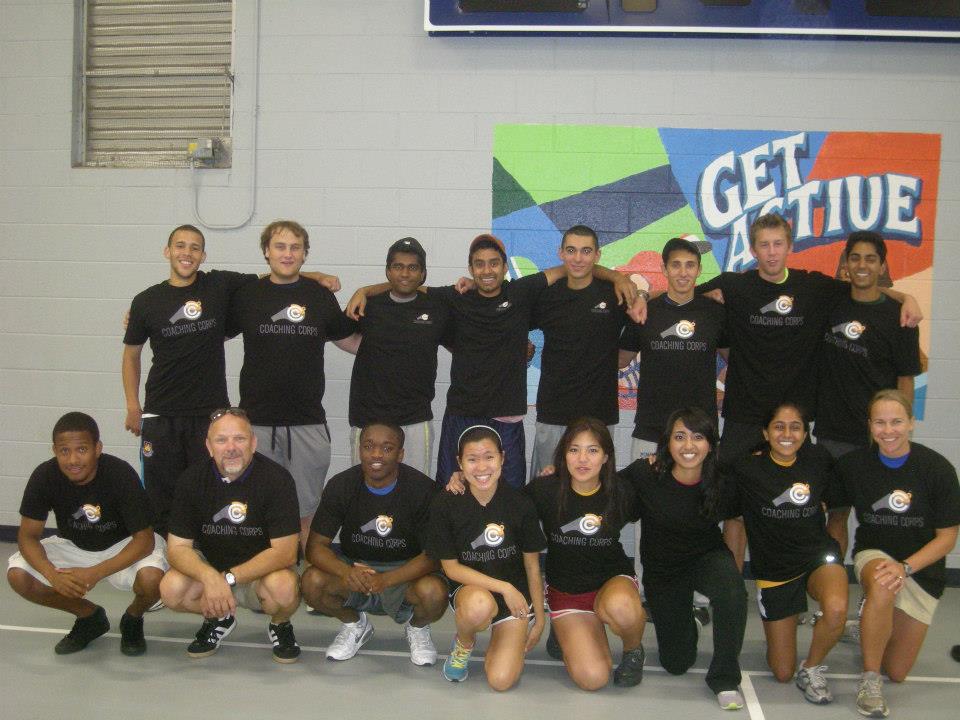 The Coaching Corps mission is a big one: We want to change the game for half a million kids.  This means we need thousands of coaches across the nation volunteering to coach the kids who need it most.

Today, we are thrilled to announce that we are one step closer to that goal with the launch of our first chapter outside of California.

Thanks to an ambitious young man who believes in changing the game for low-income youth – Coaching Corps is now in Atlanta!

Abhi Sharma is a junior at Emory University in Atlanta who believes in the power of sports to shape successful lives. Born in Houston, Texas, Sharma grew up playing baseball.  He loved the competition of the sport, being challenged to perfect his skills, and the bond he formed with his teammates and coaches.

“Being part of a team that came together to overcome adversity both on and off the field is one of my most memorable experiences growing up,” says Sharma.”

When Abhi moved to Atlanta, he noticed very quickly that the kids in the communities surrounding Emory University just didn’t have the same opportunities to play sports the way he did as a young person.

“Parts of Atlanta are dangerous and in some neighborhoods – it is literally not safe for kids to go out and play.  There is a huge wealth disparity too. One minute, you are driving down a street lined with gorgeous mansions and the next minute, you are in the midst of run-down homes, graffiti and violence,” said Sharma. “All kids deserve a safe place to play, the chance to be physically active and to experience all of the wonderful things about sports.”

Sharma heard about Coaching Corps from a friend in California.  He instantly knew this was the organization for him.  There was just one problem … Coaching Corps didn’t exist at Emory University or in Atlanta.

It was then, that Sharma decided to bring Coaching Corps to his campus.  He discovered the Boys & Girls Club of Metro Atlanta that operates 10 clubs and serves 3,800 young people daily throughout the city – but who were also strapped for resources and volunteers. It was the perfect match. Sharma started talking to his friends, people he knew, and his co-residents.  He advertised online, handed out flyers and tabled at campus events, asking people to join Coaching Corps.

The result?  Through Sharma’s enthusiasm, perseverance and dedication, a Coaching Corps chapter is in the works at Emory University and 20 Coaching Corps coaches have been trained to coach 200 youth.

He credits the coaches he had throughout his life with teaching him how to persevere and be the best he can be and he hopes to give that same gift to the young people he is working with. “Sports and my coaches taught me to never give up and that if you put in the hard work – eventually, it will pay off.”