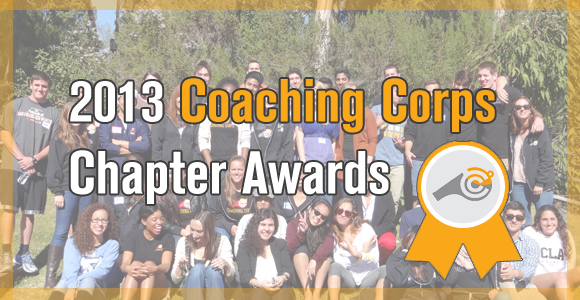 This year, Coaching Corps gave end of season awards to our college chapters to honor the work they are doing to grow the Coaching Corps movement and change the game for kids in struggling communities who without them, may not have access to all of the wonderful benefits team sports and caring coaches provide.

For the next six days, we will be revealing the winner of each category one at a time, culminating in the Coaching Corps Chapter of the Year Award on Saturday, May 25th.  Check with us throughout the week to see if your university has won!

Chapter of the Year Award

The Chapter of the Year Award is given to the chapter that most exemplifies overall excellence in coach recruitment, coach engagement and community service. 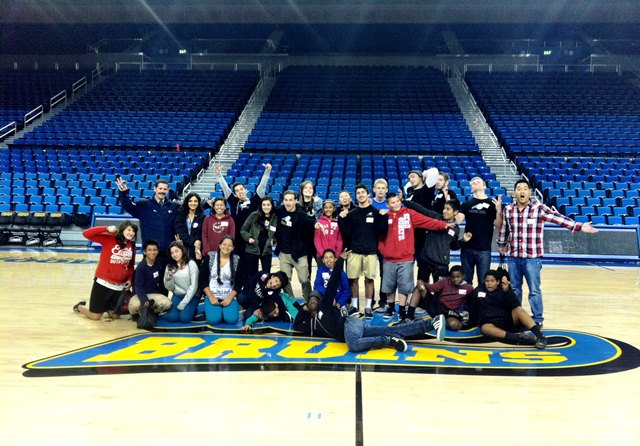 The UCLA coaches understand they are all part of a greater movement, which invigorates and drives them to push to be the best chapter they can be. Each and every member of the chapter leadership team wants to see the chapter stronger than when they joined while serving more kids and they have come together to reach this shared goal.  The Coaching Corps UCLA chapter is a perfect example of what happens when synergy is created between a strong leadership team, a committed student body, and dedicated community sports programs.  Congratulations, UCLA chapter members! 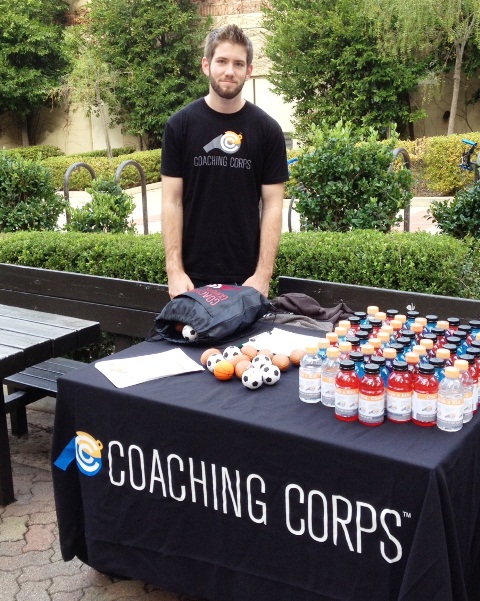 Colton Alexio has shown great dedication to his chapter and peers. He brings his A-Game and passion to Coaching Corps each and every day. As a full time student, he works as an AmeriCorps member at Emerson Middle School, while taking on the Coaching Corps chapter Vice President role. He increased our coach numbers, regularly met with the student group advisor to increase Coaching Corps’ visibility on campus, attended all three coach trainings to support his peers, dedicated Saturdays to participate in service events while promoting Coaching Corps in the surrounding communities, and filled the Chapter President’s role for short time while the President took a leave of absence. He chooses to take time to contact current coaches to see if they are feeling supported, and he brings new coaches with him to Emerson Middle where he coaches four days a week. 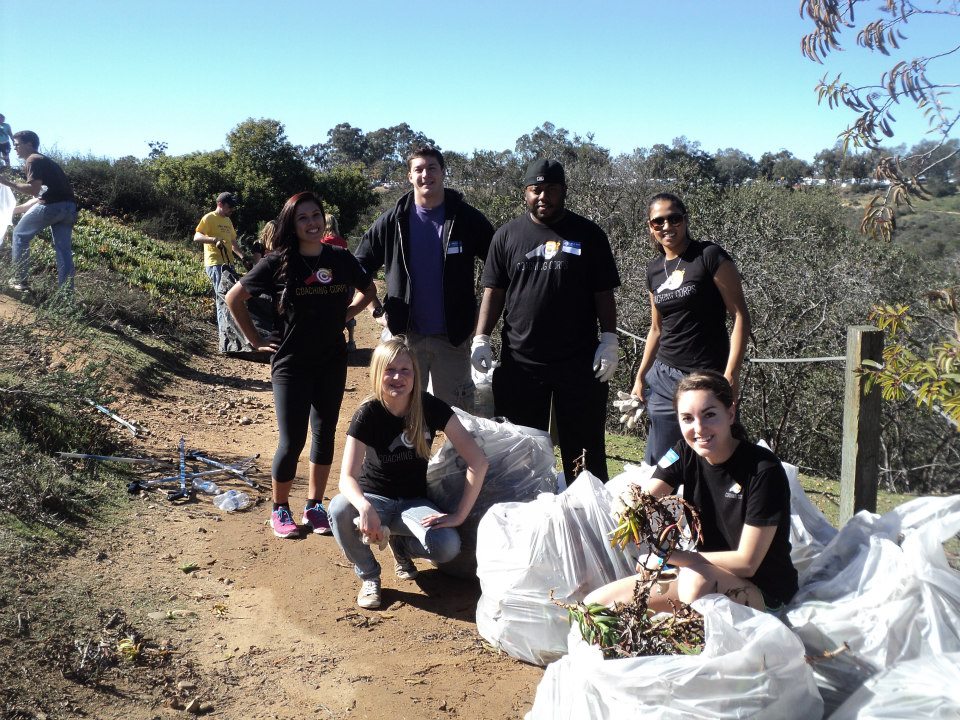 The San Diego State chapter members volunteered at five different service events this year. Events included helping feed the homeless during Thanksgiving week at the San Diego rescue shelter, cleaning a park on Martin Luther King Jr. Day and a beach cleanup on Earth Day. These particular events had a profound impact by opening the eyes of chapter members to further opportunities they have to make a difference in their community.  They also helped raise the community visibility of Coaching Corps.

The Chapter Engagement Award is given to the chapter that best engages chapter members through coach huddles, chapter events and other activities. This is determined by the number of coaches completing a season, retention of coaches, attendance at Coach Huddles and the number of social events planned. 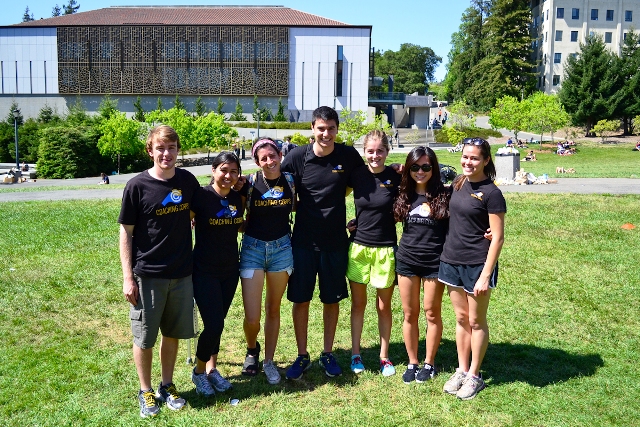 This year, the UC Berkeley Coaching Corps chapter leadership team took on greater responsibility in coach engagement through participating in site visits, making mid-season check-in phone calls, and in recruitment as we transitioned to an online coach management system. The chapter recruited nearly 100 coaches over the school year and these coaches had a profound impact in the East Bay area community, with some coaches travelling up to an hour via public transit on a Friday night to coach their teams!  This chapter stands out because of the innovative engagement and service projects they hosted. Coaching Corps at Berkeley was the first chapter to co-lead a College Sports Day, they represented Coaching Corps at the Olympic Club Foundation presentation, hosted their second annual Take Your Team to College Day, participated in The Berkeley Project (a day of service at UC Berkeley), and forged a new partnership with an academic department through a collaboration between the chapter president and a faculty advisor. They also managed to continue the Coaching Corps academic course through the Education department and held three coach huddles each semester along with their end-of-season coach appreciation events. 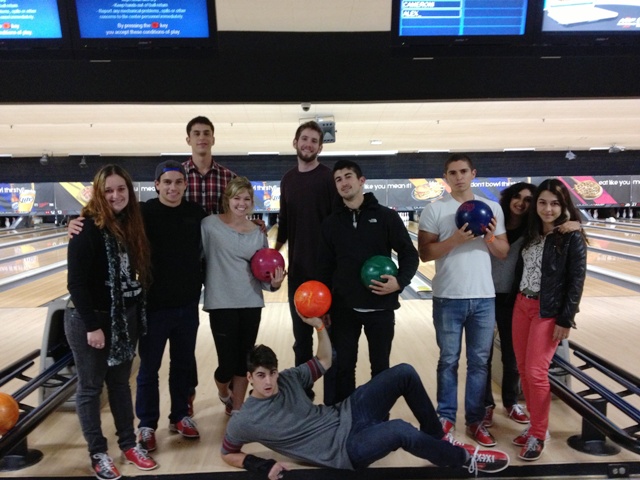 All members of the chapter leadership coached at least one or more seasons this year.  The Directors of Coach Engagement participated in site visits with coaches in the field and periodically checked-in with coaches over the phone; all while continuing to coach. The leaders did a great job pairing the coaches as well. Students were meeting other students that shared the same interests and passion. This dedication has increased the level of support for UCLA coaches, improving their Coaching Corps experience. Their retention efforts were remarkable as well: more than half of the coaches that coached the previous season returned to coach for a second season! In an effort to build a stronger sense of community among the UCLA coaches, the Director of Community Engagement created a UCLA Coaches Facebook group where coaches organized informal socials and gatherings. The leadership team also encouraged the coaches to bring sporting goods donations to every coach huddle. This ongoing drive was an easy, effective, and economical way for the chapter to collect equipment for underfunded Coaching Corps partner sites.

The Coach Recruitment Award is given to the chapter that most effectively increases chapter membership. This is determined by the relative increase of each chapter membership from August through June of one academic year.

Though this was the chapter’s first full year on the UCLA campus, over 100 Bruin coaches were recruited – doubling in size from the previous year. Contacts made with several university department managers led to the addition of many excited and energetic students to UCLA’s Coaching Corps chapter membership. The chapter leadership team held six different informational sessions and tabled regularly to promote Coaching Corps. Another tabling push is planned to recruit coaches for the upcoming summer season.

The Best New Chapter Award is given to a new chapter that makes the largest impact in their surrounding community in their first year. Coaching Corps wants to acknowledge chapters that have existed for a short time, but made an incredible impact. This is determined by looking at the total accomplishments of a chapter relative to the amount of time they were deemed official between August and June of one academic year. 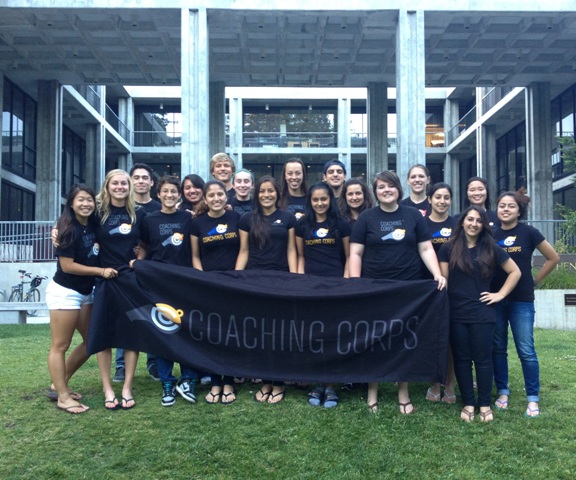 Despite just launching in March of 2013, the UCSC chapter recruited 32 coaches who are now coaching. That’s 350+ kids being impacted by the passion and commitment of a Coaching Corps coach. Every leader is coaching as well and two of them are coaching for two different teams. The chapter paired coaches for carpooling and has already received funding from the university. The leaders created a soccer program at a local elementary school run by Coaching Corps coaches with minimal support from Coaching Corps staff.  On May 18th the UCSC chapter held a Take Your Team to College Day which included a clinic with the Women’s basketball team.