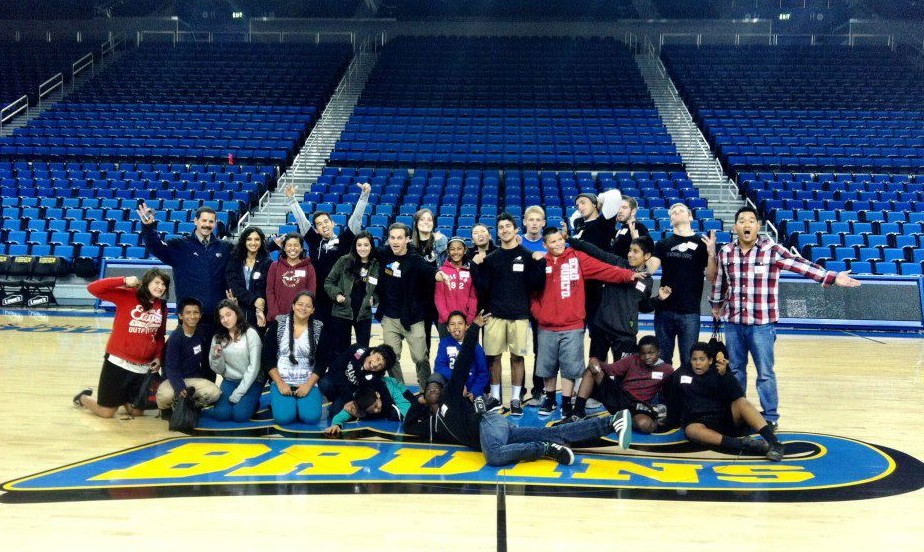 Every year, every season, and every day the Coaching Corps volunteers reach more kids in need. In fact, we just had our best year ever and had more than 10,000 kids receive a caring coach throughout California, and in Boston, Denver, Orlando, and Atlanta!

At the heart of this work, as with so many of history’s great movements, are college students. In fact, college students make up more than half of all our coaches and have fueled the Coaching Corps movement.

Coaching Corps wants to thank ALL of our coaches for their great work this year and to recognize the amazing work of our standout campus chapters — the chapters setting the bar for what we can do to shrink the sports gap and change the game for even more kids every coming year. This year’s winners are:

We are thrilled to announce that the San Francisco State chapter wins the Coach Recruitment Award for their success in growing their number of coaches in the field by nearly 40%! Each year, low income kids miss out on the opportunity to play, learn, and grow simply because they lack a coach to work with them. Our vision is simply to make sure children, regardless of where they live, get the coach they need to create those opportunities.

We are excited to award the Emory University chapter with the Coach Retention Award for their impressive feat of having more than a dozen coaches volunteer in back to back seasons and giving their teams an entire school year of support! Keeping our coaches coming back is possibly the single most important thing a chapter can do to help change the game for low-income youth.  A returning coach not only helps us serve as many youth as possible but they also increase the quality of the experience that their kids have.  By coming back, season-to-season, a returning coach knows their kids and can make a greater impact in their life.

Stanford’s chapter is this year’s winner of the Community Engagement Award for their work beyond the numbers to engage all of the communities it takes for our work to be a success.

The Stanford chapter not only hosted multiple Take Your Team to College Day events throughout the year but also kicked their campus outreach efforts into high gear this year.  They increased their coach enrollment by getting the student recreation center to run advertisements, by engaging the Athletic Department to endorse Coaching Corps through social media, and by personally reaching out to students at dorm meetings throughout the year.  This chapter also recently got approval from the P.E. Department to make Coaching Corps a class for credit beginning in the fall!

As president, Munoz took on all the duties of an entire leadership team this year.  She tirelessly recruited the chapter’s first coaches by putting up flyers, speaking in front of classrooms, and emailing contacts around campus.  She also supported her coaches throughout the season and got them to recruit their friends.  At the end of the year, the CSULA Chapter has hit all of its goals, completed the school process to become recognized, and has recruited a full leadership team for next year.  Keep an eye on Daisy and the CSULA Chapter as they take that momentum into next year!

Just like in the pros, every year there are brand new chapters out there that step up to the plate and play ball like they’ve been around for years. Sometimes these rookie chapters are carried by the passion of a key leader, sometimes they are built on the back of hard work, and sometimes they are the result of a leadership team that works together like old friends…and sometimes it’s all three.

There were definitely several strong contenders this year for the Rookie Chapter of the Year. Coaching Corps is proud to give the award to Boston College chapter for their stellar work this year. The Boston College chapter laid the foundation for an amazing spring season and overall year.  They posted the strongest recruitment numbers of any new chapter (21 actual coach placements) and secured two stories that were featured in campus publications. They also partnered with the Special Olympics to provide coaching support to their kids and as a way to keep new recruits involved. By working together as a team they crushed all of their goals for the year and set the stage for even more success next year.

As John Wooden said, “Winning takes talent, to repeat takes character.” For the second year in a row UCLA has shown its true character and set the bar on what a Coaching Corps chapter can be. UCLA members know that they are part of a growing movement and continue to pioneer ways to grow their chapter and influence chapters all across the country. They have shown that they are not just doing great work in LA but making an impact nationwide.

This year the UCLA chapter is being recognized specifically for their establishment of a mentor program for new coaches which other Coaching Corps will be replicating with all our chapters next year.  UCLA leaders have worked hard to engage their mentees to ensure everyone has a quality experience at their sites and has offered season-long support with many coaches who are working at different sites. This has proven to be a great way of offering support with so many coaches working at so many different sites. This year the UCLA chapter also hosted a special screening of “The Rugby Player” on campus which increased visibility of LGBT athletes among the student body and provided new partnership opportunities with existing groups on campus.

With three returning leaders coming back next fall, the team has ensured it will have a good mix of experience and new energy to once again raise the bar for all chapters!