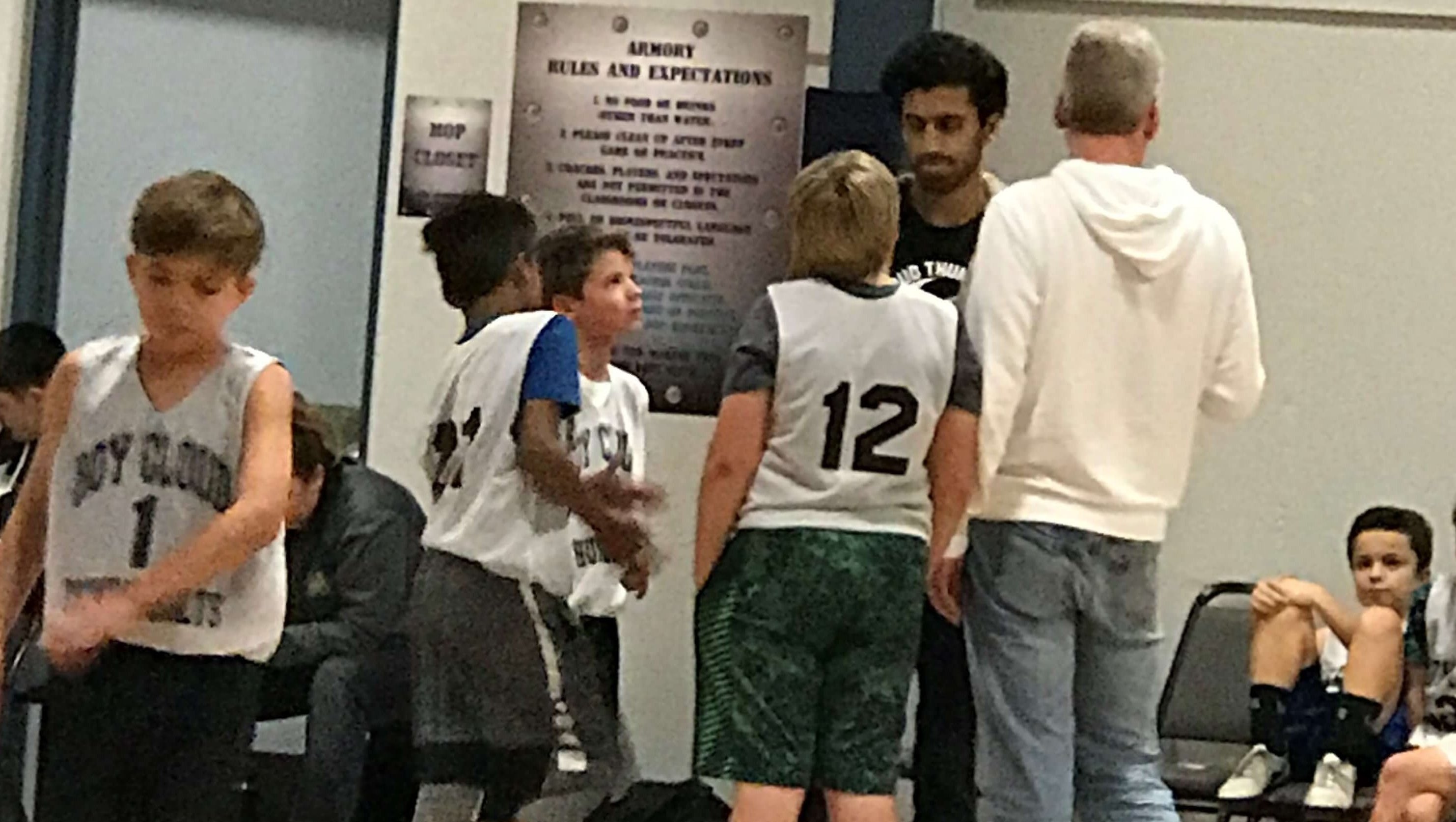 Akshay Vyas with his team

After graduating from Santa Clara University, Akshay “Shay” Vhas was looking for a way to stay active in the community, and that’s when he found Coaching Corps. What better way to combine his love for basketball and his wish to work with underserved youth?

Shay was nervous when he walked into practice at the first day. Would the kids pay attention to him? Were the drills he had planned for practice right for their skill levels? What would he do if someone was misbehaving?

Looking back, he did struggle with that first practice, particularly getting the kids to pay attention to the drills he planned. It seemed that they wanted to talk to each other more than they wanted to listen to him. Shay thought back to the Coaching Corps training and recalled a tactic to turn that into an advantage. He began assigning a different team captain each week who was in charge of leading the warm-ups and stretches, and helped Shay decide which drills to run. Each week, a team captain helped chorale the others.

Soon enough, most of the team was paying attention and looking forward to each practice.

However, Shay learned that one of his players, Doug suffered from anxiety. Sometimes, he would become so anxious because he didn’t know what to do without the ball it would become difficult for him to continue playing. At times, he even seemed frozen on the court.

Shay thought about how he could help. Shay explained “people who don’t have the basketball are just as important as the person who does. While it may not seem like there’s much to do when you don’t have the ball, there are a lot of ways you can help your team.”

Over the next few practices Shay coached his team on “spacing”, and “cutting and screening” which are strategies for the team that can lead to scoring. He spent personal time showing Doug how to set proper screens and helped him understand that his role when a teammate had the ball was important.

With new tools at his disposal, Doug was a different player. He went from being stationary to a teammate in constant movement. Doug set effective screens, cut to the basket, and even taught his friends his newfound skills. His anxiety on the court decreased, and he seemed like a transformed kid. “It wasn’t just during the games, you could tell he was a different kid before and after practice. He was just more confident,” says Shay.

Shay’s coaching paid off, the team got better with every practice and it showed during the games, often pulling in more wins than losses. When a parent asked what Shay was most proud of that season, his answer was easy: “Helping teach these kids a passion for playing sports.”