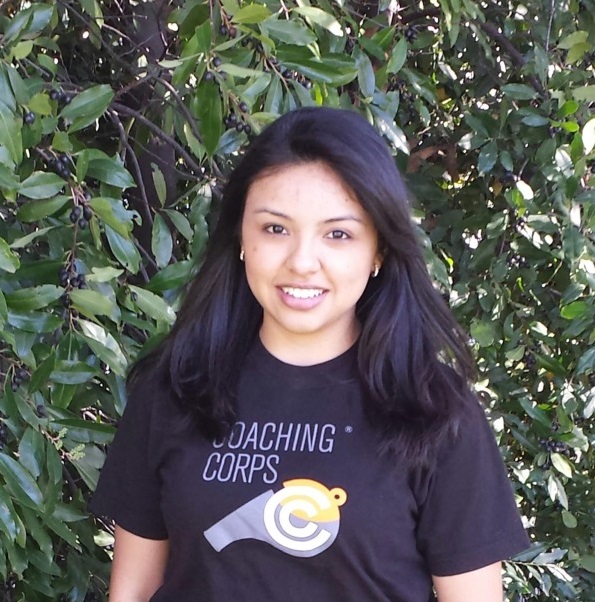 Coach Karen Florian grew up playing sports in San Luis Obispo, something she says helped her learn discipline and to try her hardest.

She knows the difference good coaches can make: “In middle school, my gym teacher told me I was good at running and he built up my confidence to the point where I eventually joined cross country,” she remembers. “My coach pushed me to believe in myself as a runner and as a person. I wanted to pass that inspiration along and become a coach myself.”

As a student at California State University, Northridge, Coach Karen saw her chance. On campus, she met Coaching Corps coaches recruiting volunteers. “I was looking to be a part of something and make a difference,” she says.

After completing training, Coach Karen started coaching a girls’ cross-country team at Ingenium Charter School in Canoga Park, Los Angeles, working with third through fifth grade girls, many who had never played any sport before. Here, she explains what she learned during her first season, and why she wants to coach again.

What are some of your favorite memories from your first season?

Karen: One day, all the girls were feeling down at practice. I realized they needed some encouragement. I figured I would lead by example so I started running and asked them if they wanted to run with me. When they joined me, the girls’ attitudes changed. They forgot they were tired and didn’t want to run.

Even better, during our run, I told them about myself and the college I go to. When we finished, they told me how they wanted to go to college one day and be just like me when they grow up.

Did you notice anyone who made a particularly amazing turnaround?

Karen: The girls I coached made their turnaround as a team. Their attitude towards both their peers and running definitely got better throughout the season. In the beginning, the girls only played within their own groups and they struggled with running laps. But by the end of the season, even girls who weren’t friends before learned to encourage one another. They also were more motivated to challenge themselves during their runs.

What do you find inspiring about the Coaching Corps movement?

Karen: Coaching Corps provides an equal opportunity for all youth, no matter where they come from, to develop emotionally, socially and physically. With Coaching Corps, families don’t have to worry about the financial pressures that often come with sports programs, so kids can just play. I saw the girls on my team learn to believe in themselves, and their potential to become future leaders.

What would you say to other students interested in joining Coaching Corps?

Karen: Don’t worry if you don’t have experience coaching, because Coaching Corps staff members are very supportive and will help you with any problems you might have. You won’t regret joining! Coaching is really rewarding for you and the kids on your team. I like volunteering my time to make a difference, and being part of   kids’ lives at such an early stage. I can’t wait to start coaching again next fall!

Coaching Corps coaches have worked with over 40,000 young people, giving them the chance to experience the special camaraderie that comes from playing on a team with a caring adult.