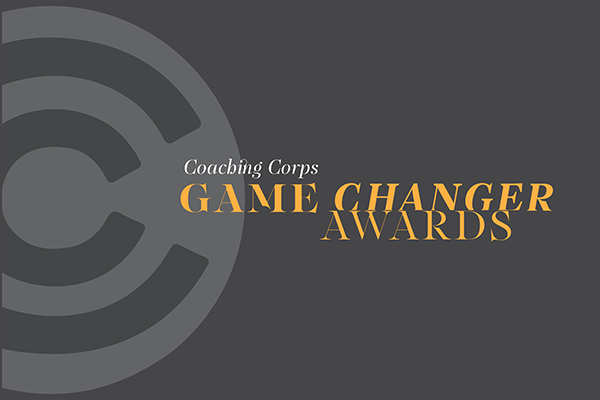 The presenters – prominent Bay Area athletes whose lives have been shaped by the mentorship and transformative influence of caring coaches and other important persons – include:

For the pinnacle moment of the evening, the Coaching Corps Game Changer Awards will honor 23-year-old University of Central Florida graduate Kutar Iman Sield with the Volunteer Coach of the Year Award.  Coach Kutar was selected for her exemplary work coaching an all-boys middle school basketball team. When told that she will be receiving this prestigious award, Coach Kutar said:  “Playing sports at a young age taught me my work ethic and the importance of perseverance.  Basketball gave me confidence. I’m so thankful to be able to pass that on.”

The 2nd Annual Coaching Corps Game Changer Awards, a 90-minute program,  is hosted by CSN Bay Area’s Dave Feldman (@FeldyCSN) and Ahmed Fareed (@AhmedFareedCSN), along with Ros Gold-Onwude (@Rosgo21). The awards ceremony will be taped on Tuesday, Jan. 26 at The Fairmont Hotel in San Francisco.  After the broadcast debut (Sunday, Jan. 31 at 7:30 p.m. on CSN Bay Area), the program will re-air later that evening at 11 p.m. on CSN California.  Visit CSNBayArea.com for additional air dates and times.

“As the premier provider of sports programming throughout the region, we understand the impact that sports and coaching can make with youth and the local community,” said Ted Griggs, President and General Manager of CSN Bay Area and CSN California.  “We’re excited to be a part of the Coaching Corps Awards program that celebrates the influence of coaches and other sports mentors on the lives of young people, and we hope this wonderful evening will inspire others to get involved with Coaching Corps. We’re especially grateful for the participation of the Bay Area sports teams in this extraordinary event.”

“Opportunities to play organized sports with a trained coach are just not there for many kids living in lower income neighborhoods,” said Janet Carter, Coaching Corps’ Executive Director. “Our partnership with CSN allows us to raise funds, reach more kids and activate communities to increase access to coaches and sports. To ensure that all kids get a chance to play with a trained coach requires a village of committed partners, so cultivating broader community and corporate involvement is important,” she said. Since its founding, Coaching Corps volunteers have reached 75,000 kids through sports. Its members use coaching to teach kids life lessons that build character traits critical to success on the field, in the classroom and in the community. “There is no life lesson that sports can’t teach,” Carter said.

“We’re incredibly grateful that so many local partners are lending their support,” said Wally Haas, Coaching Corps founder and Board President. “Between Levi’s as the presenting sponsor, CSN and our local teams, we’re excited by the opportunity to broaden our impact and ensure that all kids have the opportunity to benefit from playing sports.”

About Coaching Corps:
Every day, Coaching Corps coaches change the game for kids living in low-income neighborhoods. Partnering with afterschool programs, schools and community organizations, we ensure that all kids have the chance to play sports with a trained coach and benefit from all the life lessons sports can teach. Persistence. Empathy. Self-regulation. Optimism. Since its founding, Coaching Corps has connected 75,000 youth in underserved communities to caring and capable coaches recruited from the community and nearby colleges and universities. To learn more, visit us at: www.coachingcorps.org.