What a fantastic night!

On Friday, January 27th Coaching Corps hosted the 2017 Game Changer Awards, presented by Levi’s, at the beautiful Fairmont Hotel in San Francisco, California. The Game Changer Awards, in partnership with CSN Bay Area, celebrates the transformative power of coaches and their indispensable role as mentors and community leaders.

From the world of professional sports, speakers including Draymond Green of the Golden State Warriors, NaVorro Bowman of the San Francisco 49ers , Kendall Graveman of the Oakland A’s, George Kontos of the San Francisco Giants, and Jack Del Rio, head coach of the Oakland Raiders – spoke in honor of the coach-mentors who changed their lives, pushed them to be their best selves, and enabled their many successes. 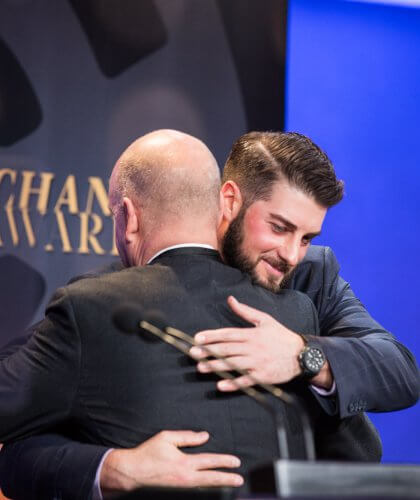 Coaching Corps was also very proud to honor three of our own volunteer coaches—Annette Lopez, as the Coach of the Year, Angelica Flores, and Bobbie Owen—whose dedication to the craft of coaching and the children in their care demonstrates the very best of what Coaching Corps offers to the many communities we serve. 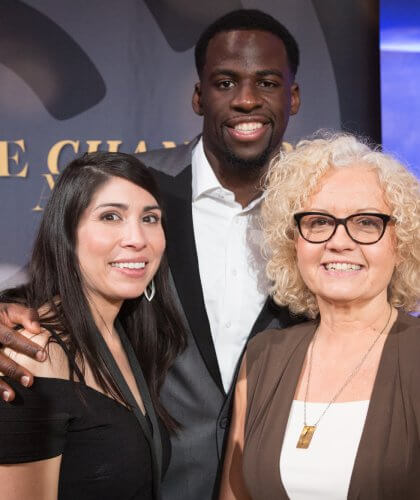 We would like to thank everyone who attended the Game Changer Awards and made the event a success. CSN Bay Area’s commitment to broadcasting the event means many more people have the opportunity to see the Game Changer Awards and celebrate the enduring power of a great coach. Special thanks to the professional athletes and coaches who lent their voices, the sponsors who support our ongoing work, and the Coaching Corps coaches, both in attendance and across the country; we wouldn’t be on this journey without the passion and dedication of those who believe in our mission.

The 2017 Game Changer Awards will premier on CSN Bay Area on Sunday, January 29th at 9pm, and again at the following times: