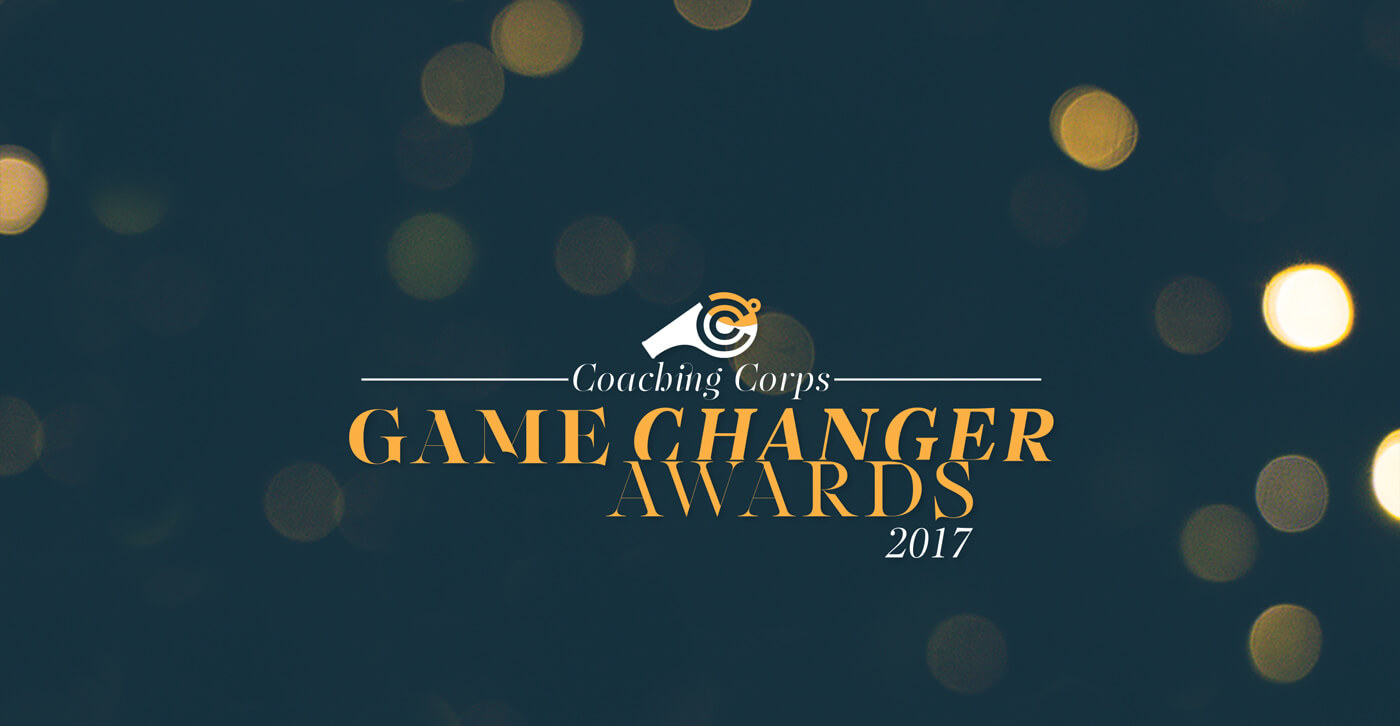 The presenters – prominent Bay Area athletes whose lives have been shaped by the mentorship and transformative influence of caring coaches and other important persons – include:

For the pinnacle moment of the evening, the Coaching Corps Game Changer Awards will honor Annette Lopez with the Coach of the Year Award.  Annette is a Stanford graduate and is currently studying Occupational Therapy as a graduate student at CSU-Dominguez Hills. She credits her love of sports to her first coach, her father, and played sports throughout her time at Stanford. While in college, she was a part of Stanford’s national championship women’s rugby team. Annette became a Coaching Corps coach because she believes in the power of sports to bring youth together, and values the importance of coaches who encourage kids to be their best selves.

The 3rd Annual Coaching Corps Game Changer Awards, a 90-minute program, is hosted by CSN Bay Area’s Dave Feldman (@FeldyCSN) and Ahmed Fareed (@AhmedFareedCSN). The awards ceremony will be taped on Friday, Jan. 27 at The Fairmont in San Francisco.  After the broadcast debut (Sunday, Jan. 29 at 9 p.m. on CSN Bay Area), the show will re-air on CSN Bay Area on Monday, Jan. 30 at 12 p.m. and Tuesday, Jan. 31 at 8 p.m.  Visit CSNBayArea.com for additional air dates and times.

“Youth from underserved communities are less likely to have a mentor outside of the home compared to youth from more resourced communities. Coaching Corps is committed to ensure that all youth, regardless of their zip code, have access to dedicated and trained coaches and mentors; and the opportunity to learn the vital life lessons that come from playing sports,” said Coaching Corps Executive Director Janet Carter. “We are motivated by the excitement around the Game Changer Awards and look forward to broadening our impact both in the Bay Area and nationwide.”

“This unique event is a true demonstration of teamwork in sports. Without the support of CSN Bay Area, Levi’s, and every professional Bay Area team, the Game Changer Awards would not be what it is today,” said Coaching Corps Founder and Chairperson of the Board Wally Haas. “This event allows us to raise funds to better serve the youth, community partners, and coaches who believe in sport as a vehicle for positive character development and social change. We are thrilled to honor extraordinary coaches who have dedicated their time to making a difference, one person at a time.”

“We are pleased to be a part of the Coaching Corps Game Changer Awards, an event highlighting the organization’s mission to provide all kids, especially those in the most under-resourced communities, with the opportunity to be on a team with a professionally trained coach,” said Tom Stathakes, Senior Vice President and General Manager of CSN Bay Area and CSN California.  “Dedicated coaches can help kids create positive peer relationships, to become inspired by leadership, and to learn the many life lessons that sports can teach.  We’re especially grateful for the participation of the Bay Area sports teams in this extraordinary event.”

Since 2002, Coaching Corps has been dedicated to harnessing the power of service and sports to inspire and mentor youth in underserved communities. Coaching Corps recruits, trains and supports thousands of volunteers who create opportunities for kids to participate in high-quality afterschool sports programs that allow them to embrace a healthy lifestyle and reach their full potential. Based in Oakland, California, Coaching Corps is a 501(c)(3) organization. More information about Coaching Corps can be found at www.coachingcorps.org.